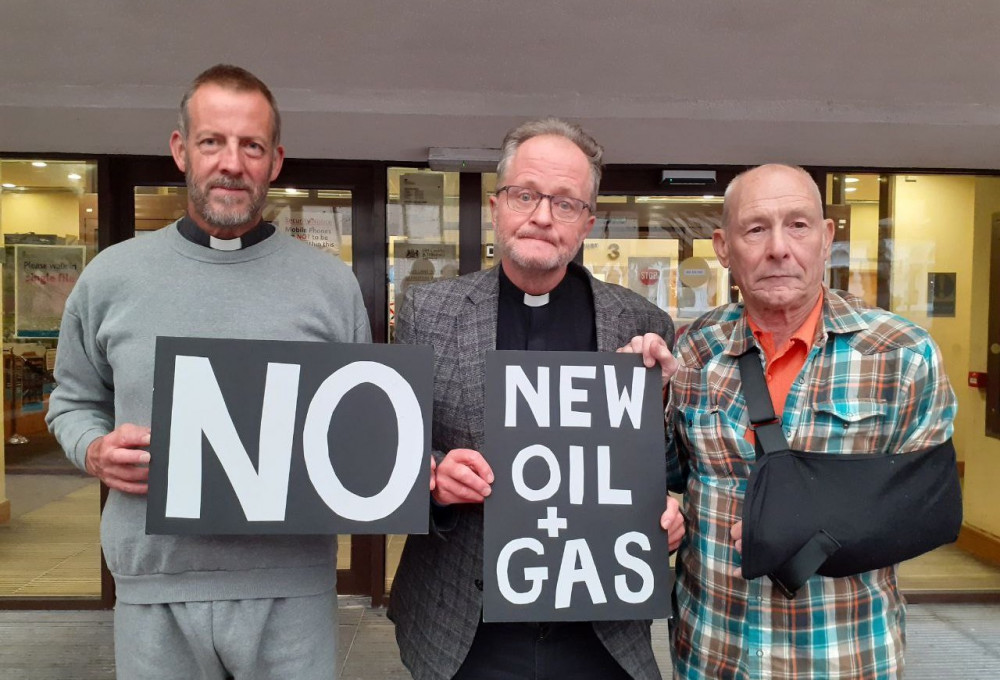 A retired vicar from Macclesfield accused of breaching a High Court injunction by peacefully sitting outside the Kingsbury Oil Terminal to demand an end to new oil and gas projects in the UK, has received a suspended sentence.

Rev'd Bill White who appeared at Birmingham Crown Court last Thursday, was among 51 Just Stop Oil supporters remanded to prison on 15th September after they refused to comply with court proceedings and promised to break the injunction again. The 51 included three members of the clergy.

The charge of contempt of court relates to breach of the North Warwickshire injunction.

Rev'd White was sentenced to 26 days suspended for 2 years and also ordered to pay costs of £412. The conditions of the suspended sentences follow the terms set out in the injunction, not to protest in the vicinity of the Kingsbury Oil Terminal.

"You expect a member of the clergy to stand up for truth and justice, and in a way consistent with the values and principles of Jesus. Being faithful to that calling has led me to where I am now."

"I have studied climate science. I've petitioned and written to MPs and ministers. I can't sit by as the government issues new fossil fuel licenses and destroys my family's future."

"The sense of helplessness felt now is already a personal prison. They threaten unlimited fines, taking away my grandchildren's inheritance. But in the future we are heading towards that money will have no value for them." 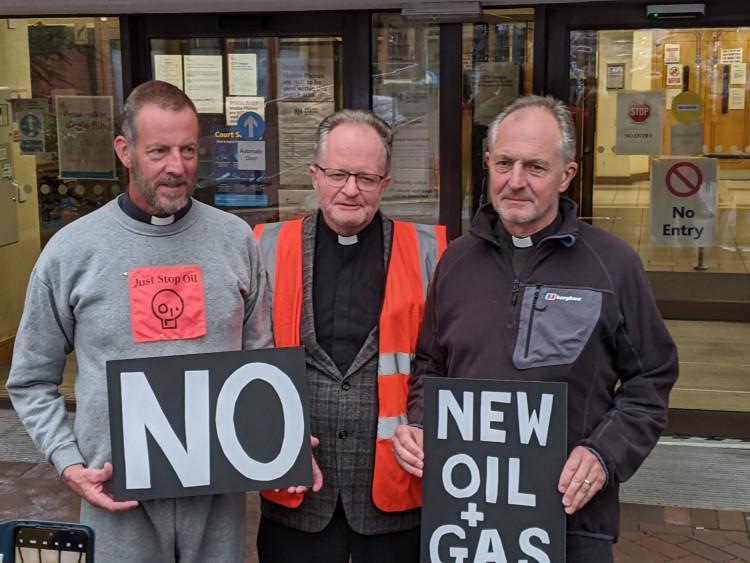 Rev'd White (67) inow spends his time as a grandfather and raising environmental awareness. He is pictued on the left, alongside two other vicars. (Image - Just Stop Oil)

"Join others from Just Stop Oil to Occupy Westminster on October 1st to demand an end to all new oil and gas."

This committal hearing was the third day of four days of hearings taking place at Birmingham Crown Court last week, with more taking place this week.

A spokesperson for the Just Stop Oil coalition said today;

"Last week 56 supporters of our campaign were being held in prisons around the country." 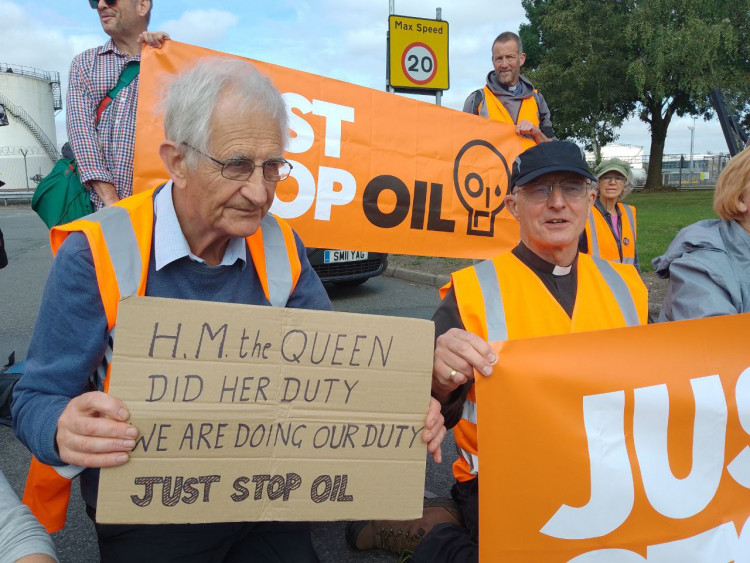 Just Stop Oil is a coalition of groups working together to demand that the government immediately halt all future licensing and consents for the exploration, development and production of fossil fuels in the UK. (Image - Just Stop Oil)

"This is unprecedented in the UK's recent history. This year we have experienced the hottest temperatures ever recorded in the UK, uncontrollable wildfires and water shortages, whilst our government continues to approve new oil and gas projects in the UK. If the government won't stop the genocidal death project that is new oil and gas, then ordinary people have no other choice but to stop it themselves, to protect the lives of their families, their communities and everything they hold dear."

The Department of Energy and Climate Change have been contacted for comment.

Got an event you'd like us to promote in Macclesfield? Advertise it for FREE on our What's On section.

Please note: Some content from this article was gathered, and posted to Nub News in April 2022, but a server crash meant the article had to be republished again with updated information.

Meet the half-Italian Macclesfield pasta maker inspired by his grandma 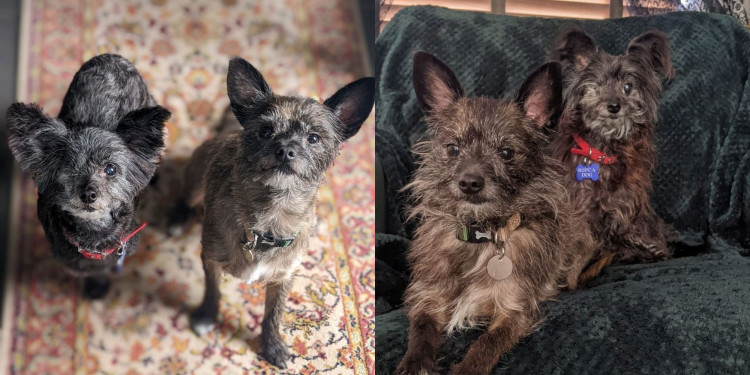 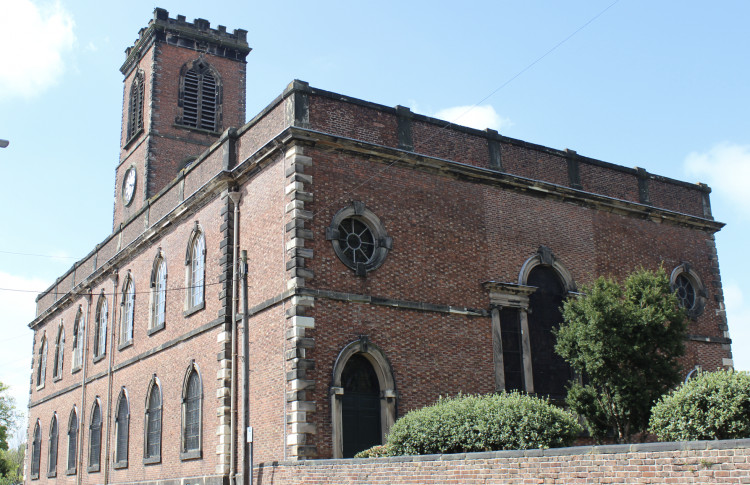